"Sometimes you will never know the true value of a moment until it becomes a memory" -Dr. Seuss 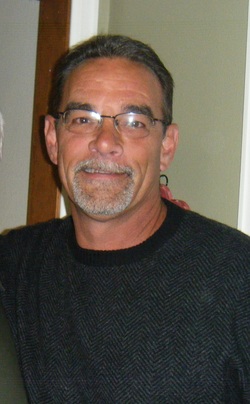 The best way to remember Ken is by doing the things he loved to do. He would never miss a golf outing, baggo tournament or pontoon boat ride with friends and family to name only a few. He always made us smile and sometimes shake our heads at his dry witty comments. He was everyone's friend and made us feel proud to be in his life. Thank you Sarah for organizing the PARS golf tournament in memory of your Daddy, Ken. He will be riding with us in our golf carts! -Uncle Paul (Paul Hasemeyer)

Kenny was my go to guy at OU. We played defensive backfield together for three years and was my role model for playing the game the way it was meant to be played. He was even better off the field. One of those laughs you will always remember. - Mike Nugent (OU, 1975)

I have fond memories of our time together at OU as members of the football team, but even more the great times we had living in the dorm. The noon euchre games were special. Ken was a great teammate but an even better friend. -Bob Boynton (OU, 1973)

The Carstensen family are truly the royalty of Start High School and Kenny in my opinion looking at all those who played in 68, 69, 70 was the best athlete at Start. During my first radio job in Cleveland, Kenny had a great game at Ohio U and as I prepared a sports cast, it was so neat to see the AP sports for the day and a piece on the wire about Kenny's game that day! -Bones


I will always remember Ken's unique sense of humor and his willingness to help others. He was a fun guy! -Cathie Chaplin

It was always a pleasure to see Ken in the early mornings drinking coffee on the front porch. He will be missed always. -Mezera Family

I have very fond memories of talking and joking with Ken while covering Mark and Sarah for the Mirror Newspaper when the kids played sports at Springfield High School. He always asked me if I needed a quote for the paper and I always jokingly declined with the answer that any quote from him would surely get me fired. I can honestly say that I looked forward to seeing him at every sporting event and it still makes me smile to this day to think about those times, as well as many times I've ran into him since. He was a great man who, along with Sue, raised two great kids. -Andy Rower

He was the best boss anyone could ask for and he was also a great friend. -Janice Schmidt

Ken was a great man who did a great deal of good for all of us at Springfield High School. He will be greatly missed and his legacy will live on through his tireless work for athletes at SHS. -Marty Perlaky

We played football together at OU. Always considered Ken as one of the best guys I knew during our four years playing together. -Ed Bestvina (OU, 1974)

Kenny was one of those students who I was proud of and enjoyed teaching and coaching.. -Jerry Bushong

If I've done any good in life, its likely due to having some of Kenny in me after we became blood brothers at the age of three. -Dave Chamberlain

Whenever I think of Ken I'll always remember his wonderful smile and sense of humor. He will definitely be missed. -Kris Khoury

Kenny Carstensen, one of the few people who I approved (and preferred) to call me "Jackie", I couldn't walk into a room without hearing him let out a big "GOOOO JACKIE" greeting. I know Kenny will be there cheering us all on a the golf outing while we celebrate and do what he loved with all who loves him. GO KENNY!! -Jaclyn "Go Jackie" Helminiak